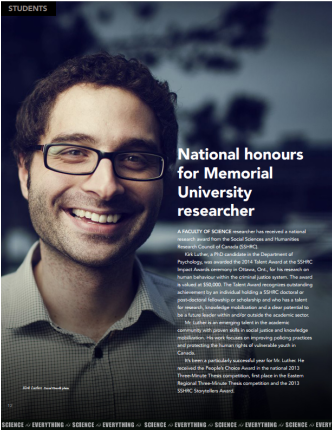 Kirk was featured in Volume 5 of Prescience. You can grab a PDF of the magazine here. 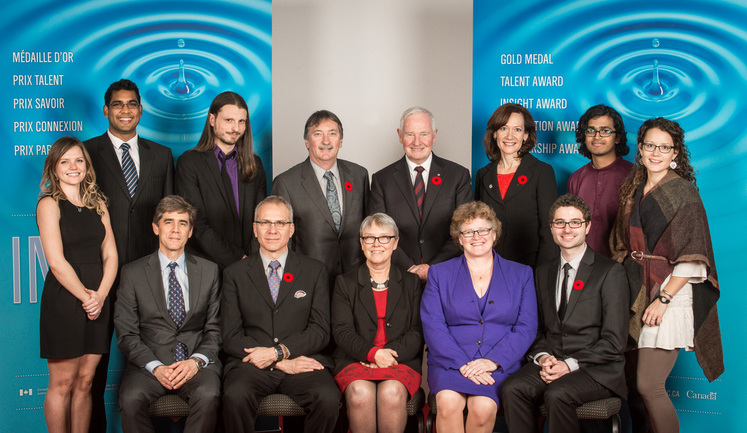 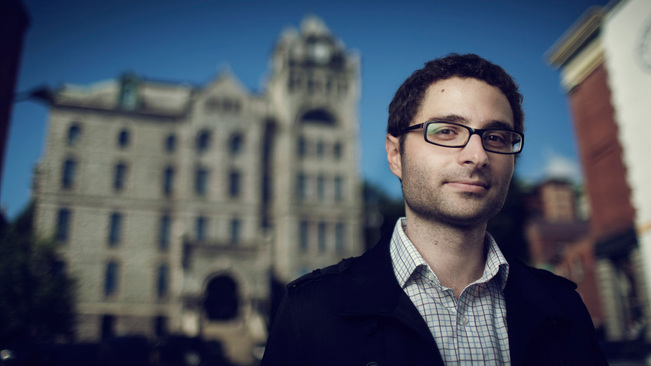 Kirk was invited to give a presentation at the 2014 Graduate Orientation at Memorial University about life as a graduate student.

As﻿﻿ one of the top 5 SSHRC Storytellers, Kirk Luther was invited to speak at the World Social Science Forum in Montreal. [October, 2013]

To learn more about Kirk Luther's research, watch this video which was featured on the Memorial University website. [2013]

Kirk Luther's video entry garnered him a spot as one of the top 5 in the SSHRC Storytellers: Research For a Better Life competition. [March, 2013]

CBC's The National aired a piece titled Truth, Lies, and Confessions. This in-depth analysis examined current police interviewing techniques and how they may lead to false confessions. The special report highlights the research and training being done by the team at the Psychology and Law Lab at Memorial University, and how the P.E.A.C.E. method of interviewing could reduce false confession rates. [June, 2012]